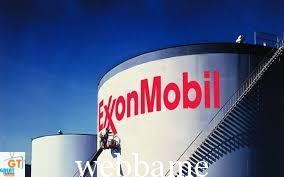 A federal court in Abuja has signed off on a warrant to arrest the head of oil major  ExxonMobil in Nigeria to compel him to appear before anti-graft investigators, a statement for the Economic and Financial Crimes Commission (EFCC) said on Wednesday.
The EFCC according to Reuters said it had sought the warrant after Richard Laing, the managing director of ExxonMobil Nigeria, rebuffed three invitations to appear before investigators probing alleged procurement fraud involving a pipelines project.
Justice Okon Abang granted the EFCC’s bench warrant application on Jan. 29, the EFCC said. It has not charged Exxon or others with wrongdoing, and its investigation is ongoing.
EFCC spokesman Wilson Uwujaren told Reuters that the investigation is into the company, and not Laing personally.
“EFCC invited them in the course of the investigation but they have refused to honour the invitation, that is why we went to court to compel his appearance for investigation,” Uwujaren said.
A spokesman for Exxon declined to comment. Laing did not immediately respond to a request for comment.
The EFCC said the investigation related to the alleged fraudulent creation of procurement orders worth more than $213 million as part of a pipelines project.
Last year, Nigeria suspended EFCC head Ibrahim Magu after the attorney general accused the agency of diverting funds that had been recovered during investigations into graft. (Reporting by Camillus Eboh; Additional reporting and writing by Libby George; Editing by Jan Harvey)

Please navigate to Appearance → Widgets in your WordPress dashboard and add some widgets into the Sidebar widget area.