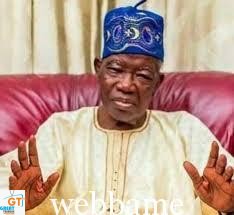 Jakande, one of the most visionary and dynamic state governors Nigeria ever produced died aged 91.

The late ex governor is renowned for building several infrastructural facilities in Lagos.

Wikipedia notes that Alhaji Lateef Kayode Jakande is a former journalist who became governor of Lagos State in Nigeria from 1979 to 1983, and later was Minister of Works under the Sani Abacha military regime.

Please navigate to Appearance → Widgets in your WordPress dashboard and add some widgets into the Sidebar widget area.