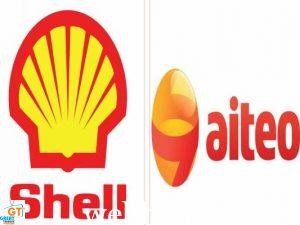 The last may not have been heard over disputed $2.7 billion worth of missing crude oil between AITEO Eastern E&P Company Limited and Shell Petroleum Development Company (SPDC) as the former alleging a sponsored media attack against it and its Executive Vice Chairman,Benedict Peters over its insistence that Oil giant Shell account for millions of Nigerian’s crude.

Group Head, Media Operations, Aiteo Group, Ndiana Matthew, who made the allegation in a statement sent to GREATRIBUNETVNEWS maintained that “Shell has committed substantial resources towards impugning Aiteo’s corporate integrity, presumably to exert penalty and punishment on Aiteo for mustering the temerity to demand and insist on its contractual and commercial relationship rights.”

The latest in the series of plots to malign the reputation of Aiteo and our Executive Vice Chairman, Benedict Peters, came to the fore as our attention was drawn to these developments following an Arise Television news coverage of a press conference on 18 March 2021, organised by the Concerned Nigerians and a number of leading civil society organisations, including the Arewa Consultative Youth Movement, African Human Rights Centre and National Association of Nigerian Students. In the course of this event, the speakers alerted the public of the existence of a plot by oil giant, Shell, to instigate and propagate a global smear campaign against us. It appears that this calumnious campaign is being prosecuted by, amongst other antagonists, individuals and entities running a reports-for-cash media campaign.

What transpired from the press conference today is that the participants confirmed that Shell has committed substantial resources towards impugning Aiteo’s corporate integrity, presumably to exert penalty and punishment on Aiteo for mustering the temerity to demand and insist on its contractual and commercial relationship rights. We have also become aware that the execution of this campaign will rely heavily on the dissemination and deployment – anonymously, pseudonymously and by remunerated proxy – of deliberate misinformation and incorrect reportage aimed at discrediting and tarnishing our reputation, locally and internationally. This oblique and disingenuous campaign, which we now realise commenced a few weeks ago, appears to have been shamelessly escalated and brazenly intensified.

Ordinarily, it would have been apt to ignore these developments as unfounded, but recent threats and other worrisome developments, at the behest of this international oil major, have made it regretfully necessary for us to put on notice, the government, our shareholders, host communities, investors, international community, other stakeholders, and the general public about the existence of this disgraceful, unbecoming and unacceptably inappropriate media campaign by its orchestrators against us.

Any objective observer will easily appreciate the motivation on the part of the international oil giant to propagate this campaign of calumny. By doing so, the outcome will create unnecessary digressions and distractions from the current issues encapsulated by our demand that Shell accounts and pays for over 16 million barrels of oil belonging to us and the Nigerian government, missing through their actions and activities. Hitherto unchallenged evidence of this missing crude is exemplified by the discrepancies in the production figures independently reported by the Nigerian National Petroleum Corporation (NNPC) and the Department of Petroleum Resources (DPR). As is standard in the industry, DPR reports actual reconciled production volumes from the wells that flow to the terminal. Their records and statistics align with Aiteo’s reconciled production figures. NNPC, on the other hand, reports crude measured at the tanks in the terminal exclusively managed, operated and controlled by the IOC. It is the analysis of these independent reports that demonstrates the glaring discrepancies. Indeed, over the relevant three-year period, the figures from both government agencies set out below make grim, desperate reading:

Critically, clear indication that buttresses the fact that millions of barrels remain unaccounted for is the oil giant’s deployment of unapproved metering equipment at its terminal. Complaints by Local Oil Companies (LOCs), including Aiteo, led to an investigation by DPR culminating in the regulatory agency releasing a report that identified irregularities in that respect and deprecated the methodology used by the IOC. DPR issued further directions affirming its non-approval of the equipment used by the IOC. In doing so, it imposed a sanction in the sum of N250,000 Naira on the oil giant for violation of Part 1, Section 2(d) of the Mineral Oil Safety Regulations and the provisions of section 51 of the Petroleum Act 1969. Despite this, the IOC has continued to use the unapproved metering equipment, continually understating the crude oil due to certain LOCs, including Aiteo.

While dispute resolution between Aiteo and the IOC continues, this ploy by the IOC to incentivise certain sections of the media to publish false and damning reports targeted at maligning the reputation of Aiteo and its Executive Vice Chairman, Benedict Peters, is being shamelessly deployed as a means of muddying the waters and diverting the public’s attention from the pertinent current issues. The premises of this diversionary tactics have been ventilated and adequately addressed in the distant past, by clarification provided and, most significantly, judicial pronouncements by several courts in Nigeria that have effectively disposed of the allegations comprehensively. It seems inescapably obvious that the purport of this new, inherently malicious, undisguisedly fallacious campaign is a surreptitious attempt to distract the public from the recent revelations about its atrocities against the Nigerian people and the many reparations it will be inevitably made to pay.

Nevertheless, Aiteo has continued, unperturbed, to undertake and accomplish its identified objectives in its resolve to remain one of the foremost indigenous oil and gas companies in Nigeria. As an indigenous company providing jobs for thousands of Nigerians directly and tens of thousands indirectly, in addition to substantial contributions to the economy, we see ourselves as being one with Nigeria, the country where we have our roots. Oil assets do not exclusively belong to any oil company, but are the collective entitlement and commonwealth of the people of Nigeria, who give companies like ours the assets in trust and social license to operate. This is why issues such as pollution and oil theft have deep impacts on the Nigerian people especially where its effects directly result in degraded environments and loss of public revenue. This also explains the motivation for groups of non-governmental, non-profits organisations would come out as they have done to openly challenge such a powerful entity as Shell.

As we have repeatedly sought from those that we work with and represent, Aiteo wishes to be allowed to continue to prosecute the drive and vision that we have committedly espoused, that is, to place ourselves and the country at the cutting edge of the Oil Industry, worldwide. Those who seek to distract us from this objective will find that we will defend our position and integrity with the same application and commitment that we have continued to demonstrate in the success we have achieved!

Finally, we urge all our stakeholders to apply discretion and circumspection in dealing with malicious publications about us, as we are confident in your capacity to discern the true position from the regurgitation of falsehoods aimed at denigrating the reputation of Aiteo and its management.